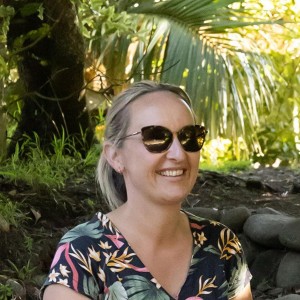 After procrastinating and putting it off for more than a month, I recently made a video recording of myself, for work. I have been quite disappointed with the finished product. Not for reasons you would usually suspect; my appearance or the strange feeling of hearing my voice talking back. But instead, I felt there was a complete lack of expression on my face as I was talking.

I don’t know that I’ve seen myself recorded on video before. At least not recently anyway. The way my face was moving (or not moving in this case) was not at all aligned with the way I felt while recording and that made me feel a bit sad.

I recall feeling happy, cheerful and bubbly and perhaps even that I was overdoing the expressiveness at the time I was recording the video.

Watching the playback of the recording my face hardly moved at all, it certainly did not look welcoming, comfortable or inviting. Which was the look I was going for?

On its own, this could be written off as no big deal, a bad recording, lousy day whatever. Except that this lack of expression has been bought to my attention many times before in my life. The term “resting bitch face” springs to mind.

Years ago, in a work meeting, my boss at the time called me out. In front of the group, he asked me if I even had feelings because my face was expressionless. I did indeed have feelings, though at the time I did a great job at hiding these, and what he said hurt me deeply. Up until that moment, I had never realised people perceived me in this way.

The point is, I’ve been aware of this for a very long time, and I thought I had improved on it. But if what I recorded this week is what people see all the time, even still, it’s a wonder anyone approaches me at all.

So, I will take this as a problem-solving opportunity, and now I’m looking for ways to remedy this little “facial movement” situation.

I’ve thought about acting classes, laughing workshops ( supposed to loosen up the face ) and maybe even a drama workshop. So far I haven’t found anything that I think will be useful, but now that I’m aware I’ll be on the hunt for a way to feel better about this and let my inside smile shine on the outside.

Get notified of new blogs